In the previous post, we learned about k-means which is easy to understand and implement in practice. That algorithm has no notion of outliers, so all points are assigned to a cluster even if they do not belong in any. In the domain of anomaly detection, this causes problems as anomalous points will be assigned to the same cluster as “normal” data points. The anomalous points pull the cluster centroid towards them, making it harder to classify them as anomalous points. K-means perform best when clusters are:

So when the datasets have clusters with arbitrary shapes, of different sizes, with different densities, or have some noise or outliers, Density-Based Clustering helps.

To understand different density-based clustering we first need to know some topics, and the first one is ɛ-neighborhoods.

For some real-valued ɛ > 0 and some point p, the ɛ-neighborhood of p is defined as the set of points that are at most distance ɛ away from p. 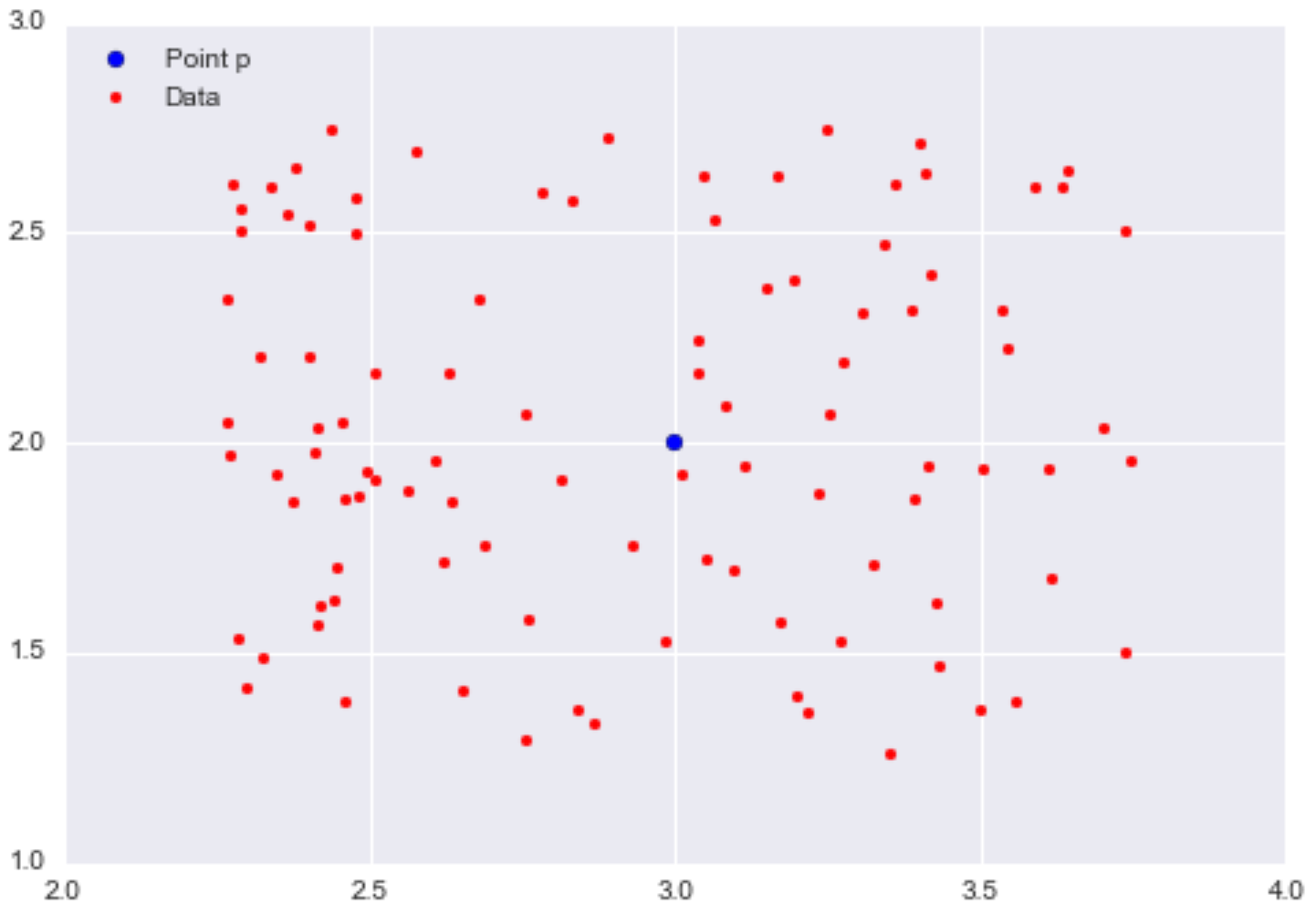 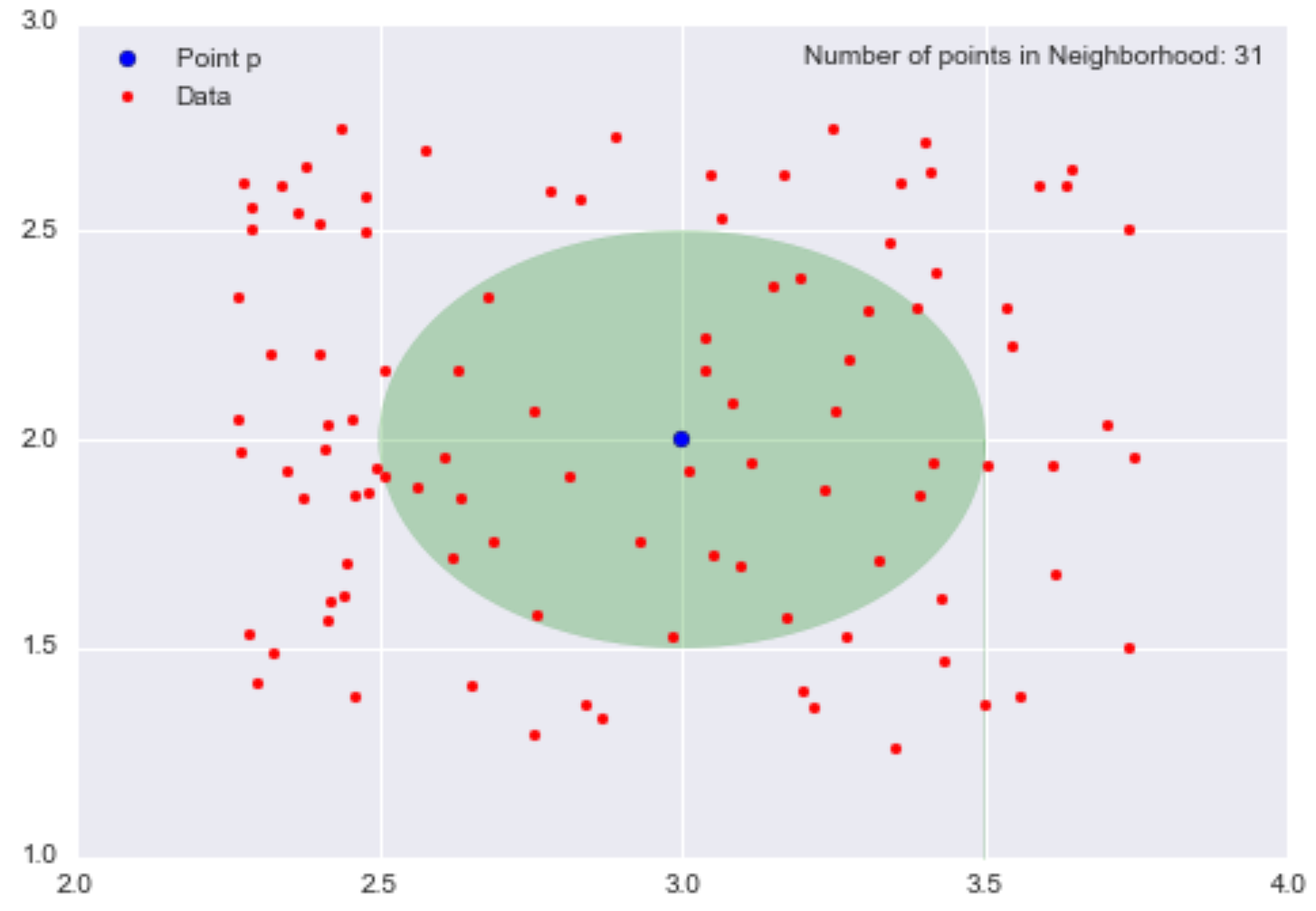 The opaque green oval represents our neighborhood, and there are 31 data points in this neighborhood. It means that approximately one-third of the data points are contained within the neighborhood of p with a radius of 0.5.

We have now defined what we mean by a “neighborhood”, now we’ll introduce the next important concept: the notion of a “density” for a neighborhood.

Density-Based Spatial Clustering of Applications with Noise (DBSCAN) is the most widely used density-based algorithm. DBSCAN estimates the density by counting the number of points in a fixed-radius neighborhood i.e ɛ and claim that two points are connected only if they lie within each other’s neighborhood.

A point “p” is said to be density reachable from a point “q” if point “p” is within ε distance from point “q” and “q” has the sufficient number of points in its neighbors which are within distance ε.

Input: N objects to be clusters and global parameters ɛ and MinPts.

View all posts by Applied Singularity

RSS Feed for our Blogs